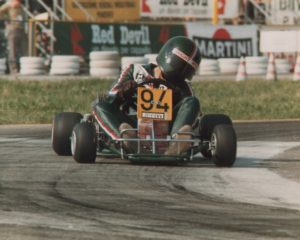 Having spent a number of years competing at the highest level of karting, Simon Wright started his own racing team in 1978, winning the British Championships with Steve Murphy in the Junior Britain category. Simon then made the bold decision to develop and produce his own kart. Along with his brother Paul, they designed and developed a kart capable of competing in the highest echelons of kart racing. The Wright kart went on to win the British Championships just one year later.

The company “Simon Wright Racing Developments” (S.W.R.D.) was founded in 1978 and produced “Wright Karts” for the domestic (UK) market from 1980. The success that followed soon led to the popularity of the brand growing and S.W.R.D. began exporting Wright Karts to Europe and the Far-East markets.

Throughout the years S.W.R.D. have amassed a number of drivers whom they have helped propel into a successful motor racing career. 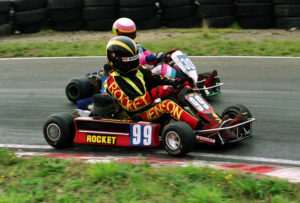 In 1991 Jenson had a year that has never been repeated at that level of competition, 34 races unbeaten. Jenson went on to win the British Championship that year. After his phenomenal year in Cadets, Jenson moved into Junior UK (now known as Junior TKM). Within his first year in the class, Jenson took both the Championship and “O” Plate (British Open) titles. Jenson continued his partnership with Wright Karts in 1993 winning the Junior UK (TKM) “O” plate once more.

In 1994 Jenson progressed into Junior ICA (JICA) which is the pinnacle of domestic junior karting. He came a superb 4th in his first year. Jenson then moved to Europe to concentrate on European karting. In 1997 he became the youngest driver ever to win the European Super A Championship 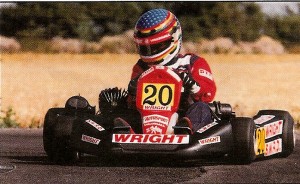 Other Wright Karts ex-drivers include: