Superb début year for the Centaur.

2014 saw Wright Karts make  their  debut into the Bambino class with the Wright Centaur chassis. After exhaustive testing during 2013/ beginning of 2014 the Centaur was produced with the sole aim of supplying the most complete Bambino chassis on the market. The Centaur is the closest thing you can get to a full race-spec senior racing kart within the Bambino class. It boasts a number of the same features as a senior kart, whilst remaining versatile enough to fulfil the needs of a driver who is constantly growing and developing. (For a list of up to date features visit the chassis page here).

Immediate feedback from drivers on the chassis were positive and it wasn’t long before the Centaur chassis was showing its class on the track, with very positive results in early Winter club meetings. These results saw drivers start to make the switch to  Wright Karts for the upcoming Championship season. Two such drivers were Jay Holtby and Oakley Keightley, both running out of the “Keets Motorsport” team.

Oakley Keightley, who started karting at the age of 5, is in his third year of the Bambino class,  having  narrowly missed out on a Championship title in 2013 he decided to make the switch to Wright.  It was a switch that would ultimately pay off. 2014 went on to yield a BKC round win at Llandow and a number of heat wins.

Jay Holtby, team-mate of Keightley, has been at the forefront of the Wright assault in the Bambino class, aiding in the Centaur chassis development. Holtby, (who turned 8 last week) showed immediate promise on the Centaur chassis and was able to achieve a number of good results at both club meetings and BKC national championship meetings. The versatility and ability of the Holtby/Centaur combination being highlighted when Jay was awarded the “Most consistent driver of the year” award. 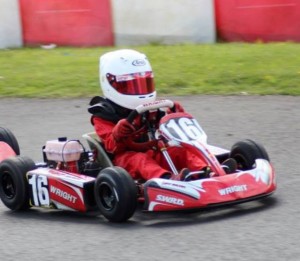 The most important of the one-off races on the Bambino calendar is the BKC “O” plate Championship, which this year was held at Cumbria Kart Club (Rowrah) in August. It was a meeting that would truly announce the arrival of the Centaur chassis. A strong Wright showing built to a magnificent finale. The final would result in the Wright Centaur’s first National title. Oakley Keightley was the driver to take victory, fractionally ahead of Keets Motorsport team mate (and fellow Wright Centaur driver) Jay Holtby, whom was just 0.1 seconds behind. A marvellous result that sparked a surge in interest of the Centaur chassis. 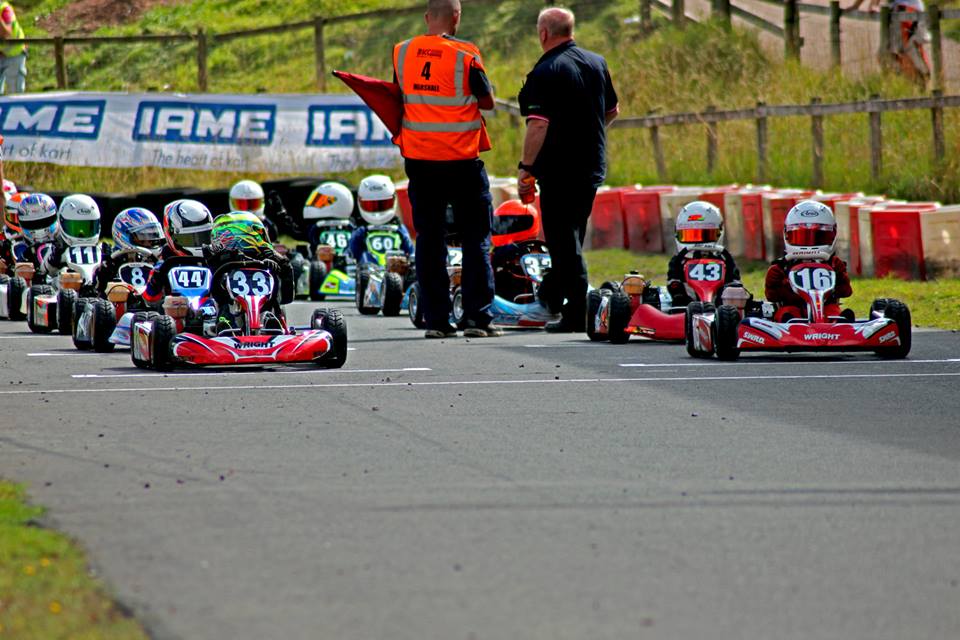 The season ended with some impressive Championship results Keightley and Oakley taking 3rd and 4th in the BKC championship respectively. 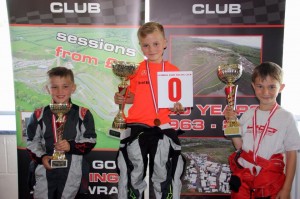 He started karting at 5 years. He just had a very unlucky year in 2014 with many technical issues, only winning the one round at Llandow.  He took many heat wins on the Centaur, which has been a fantastic chassis for him. He loved it from the word go, saying “its a lot easier to drive, and has loads of grip”.

“This year we started a Bambino kart team to help other parents and kids in this year’s championship, called Keets motorsport. I intend to carry on next year with the Team, and continue to promote and use Wright as our chassis. We would like to give a massive thanks to Wright Karts, obviously, Tommy Motorsport and IZtech kart seats for their continued support”.

John Holtby (Father of Jay) spoke about his experience with the new Wright chassis: 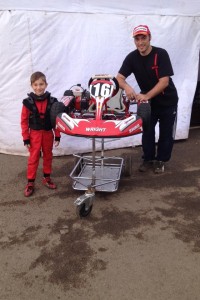 “I believe the Wright Centaur is the best Bambino chassis currently on the market, with lots of grip that gives great confidence in both wet and dry conditions for the little drivers.  If you speak to anybody that has a Wright chassis will, they will tell you that it has brought their little drivers on a lot and everybody seems happy with them.  It is very easy to set up for wet or dry conditions. The Centaur has proved in its first year what a great kart it is, with the results it has already had in its short life.  We would like to thank Tommy Motorsport, Keets Motorsport, 5ways motorcycles, Chris Prior graphics and of course you guys at Wright Karts“.

2014 was a fantastic debut year for the Wright Centaur chassis and the drivers. The presence of  the Centaur has been slowly growing throughout the year with many immediate positive results and superb driver feedback. We continually look at chassis improvement and evolution using experience and feedback and head into 2015 even stronger. Wright Karts look forward to 2015 and getting the first full season from the Centaur chassis and seeing what results it can yield in the ever growing competitive Bambino class.