Spitfires Gun Down The Opposition 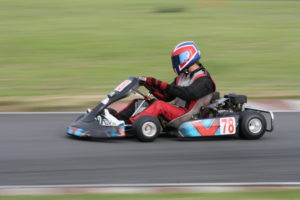 The RAF Digby Team we positioned at the top of the points table, amongst a field of 55 individual karts and 16 station teams entered from right across the country.

The RAF Digby Team evolved  from the current Arrive and Drive setup at RAF Digby, which exists to provide affordable motorsport to the Station. Four keen individuals self funded the purchase of an old second-hand chassis which was used during the 2012 and 2013 seasons. Despite some reasonably promising results, the Team decided that another kart was required to

further improve. As Team member Lee Maund had extensively used Wright chassis during his 2-stroke karting career in the 80s and 90s, he recommended a purchase of the Wright Pro Suzuka 2 for the 2014 season. Thanks to some helpful funding from the Forces’ Sports Lotteries, they purchased the kart and also rebranded the team as the RAF Digby Spitfires, in honour of the “gate-guard” that stands outside the Digby Station head quarters.

The Team experienced instant success, with the Wright chassis finishing strongly in 5th position at Fulbeck. This proved to be the main factor in the Team bringing home the Inter-Service Trophy for that round. Tricky conditions at Glan Y Gors and a timing malfunction meant that the Wright qualified 26th on the grid. However, the strength of the chassis and some determined driving meant that the Team brought the kart home in 6th. From this point on the Digby guys had become more accustomed to the Wright chassis and the results followed:

These results meant that the Team only had to finish strongly at Clay Pigeon to bring home the 2014 RAFMSA Inter-Service Endurance Karting trophy. Despite 2 red flag stoppages and a mixed grid due to the early stoppage, the Team brought home the Wright in 7th (2nd military) which, allied with the Teams second kart finish meant that the Inter-Service Championship was theirs. The Championship victory was an especially proud moment for the Spitfires Team as this meant  they will receive their Forces Representative Sports Colours.

A special mention should also be given to the RAF Marham Team. “RAF Marham Blue Bulls 1” drivers Phil McGougan And Lewis Ward taking the title of “Individual Military Championship”. The Marham team was also running the Wright Pro Suzuka 2 kart throughout the 2014 season. Only finishing off of the podium once during their Championship campaign, the “Blue Bulls” took the individual title by 13 points

The ambition next year for RAF Digby is not only to retain the title, but to also make an assault on the Individual Military Championships making use of the knowledge that they have picked up about the Wright chassis this year. 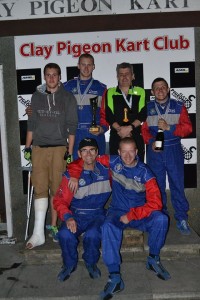 (and were helped out during the season by Matthew Hildred and Paul Heyhoe, who drove when others were called away on operational detachments). 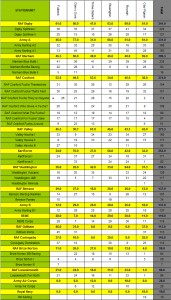 The Championship achievement has been made more pleasing for the RAF Digby Team, as they are a completely personally funded small unit team doing battle against the officially funded service  teams. Team member Lee Maund stated “We beat the funded Navy and Army teams. We were helped by Foundry 4×4 of Tredegar and the RAF Digby Sports and Social Bar who made donations to allow us to purchase 2 new sets of wets and slicks for the season. Little touches like this go a long way in helping us bring trophies home!. The performance of the chassis also allowed us to bring Spitfire 1 home in second place in the Individual Military Championship and third in the overall Civilian/Military Championship. We look forward to carrying the Wright name again next year”. 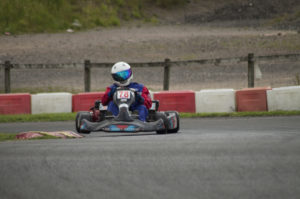 RAF Digby and RAF Marham both won their respective Championships using the Wright Pro Suzuka 2 chassis which can be found here: Link