A massive SURPRISE for Kartforce

KartForce is an organisation founded by Dave Player, it is set up to get injured troops into the exciting world of Motorsport through karting. Dave is ex-Army, having served 5 years in the Royal Engineers and has been a wheelchair user since 1991 after suffering a spinal cord injury.

Player has a rich vein of success in sport event management, which have included setting up of various wheelchair activities including annual wheelchair basketball tournaments, European Handcycling Championship and European Paralympic Powerlifting Championships. In addition he has also been responsible for the promotion of Muay Thai kick-boxing and MMA fight nights.

KartForce take part in competitive kart races against able bodied kart teams around the country, and remain more than competitive coming 6th of 16 in the Team Inter-service Championships. Whilst the results are a great motivation for the guys, the main aim of Kartforce is the rehabilitation and entertainment of injured troops. Kartforce was the centre point of a study conducted, which was to underline how competitive kart racing is benefiting injured troops that take part. Part of the study analysis stated: “This detailed study of injured armed forces personnel, compared with professional racing drivers, has demonstrated that, even for people seriously injured and psychologically traumatised, there are significant benefits of karting.”

The study involved 15 injured veterans that compete regularly in kart racing, 5 veterans that tried it but decided it wasn’t an activity for them and 5 professional racing driver. These were…

You can read the full clinical study here

When Simon Wright Racing Developments Ltd was contacted by ITV about the possibility of teaming up with Miller Oils and “Surprise Surprise” to help the Kartforce organisation to continue to grow and succeed  both on and off-track it was an offer we couldn’t refuse.

Under the guise of a (fake) “Kartforce documentary” Dave Player was lured to the ITV studios along with Karforce team member Mike Day and Kartforce ambassadors Mark Allen and Martyn Compton. Having found himself on the “Surprise Surprise” set Dave was confronted by a heavily pregnant Holly Willoughby presenting him (and Kartforce) with two, brand new bespoke Wright Suzuka 2 Prokarts and a year’s worth of Millers Oil.

The two karts would effectively double the Kartforce garage, allowing the ever increasing demand from new drivers to be met.

Having spent the day with the Kartforce guys, we at Wright Karts can truly say there can be no more deserving person than Dave to receive these karts. What he does with them and for the Kartforce team is truly inspirational. Our connection with Kartforce is a very special one, and we are extremely proud to be involved in such a worthwhile project. If you feel as though you would also like to help the Kartforce guys out please visit their fund raising page. 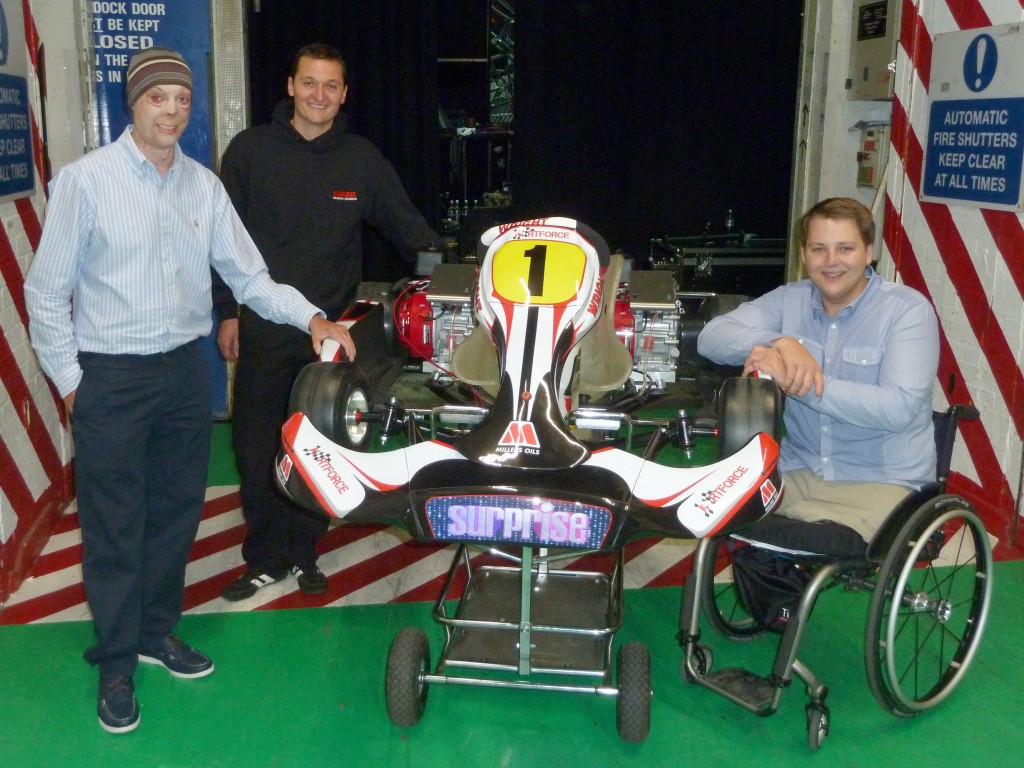